The Astroved Research and Development Institute's mission is to make Astrology and Vedic sciences available to everyone in the world through evidence-based research, education and the application of the scientificially verified methodoligies that transform individuals, businesses and nations.

We do this through uniting mainstream, empirical scientific investigation methods with ancient, esoteric Vedic technologies. The shared outcomes are useful for the International community. Proved scientifically, Western and other countries which are sceptical about astrology and metaphysical interventions, will have new understanding and engagement with the practical applications of the ancient methods.

The initial branches of study for astrology in the Institute are primarily student, medical and matrimonial/relationship astrology. Concurrent investigations into Vedic intervention methodologies include the impact of fire ritual (yagna or homa) and mantra recitation. 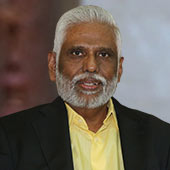 The Astroved Research and Development Institute was founded by visionary leader and master, Dr. Baskaran Pillai (Dattatreya Siva Baba). Dr. Pillai is a Master of the Tamil Siddha tradition, Spiritual Scientist, Academic Scholar, Philanthropist and International Thought Leader who is dedicated to bringing science and Religion together to alleviate the pain and suffering of the human race. 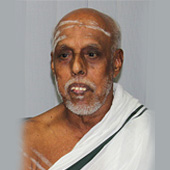 Brahmasri K.V. Seshathrinatha Shastrigal is a great Vedic scholar, astrologer and a registered medical practitioner in the stream of Ayurveda. He has a very distinguished career in Astrology and Ayurveda that spans decades. He was the Principal in Madras Sanskrit College from 1973-1993 and taught Sahithya, Vyakarana, Mimamsa, Sanskrit Literature and Comparative Philology.

He also taught Sanskrit and Ayurveda at Venkat Ramana Ayurvedic College, Madras. He worked 6 years at New Catalogues Catalogorum Section of the Sanskrit department at Madras University, as a research assistant from 1967 to 1973 and did honorary research.

The Samskrita Sahithya Parishad, Trichy, has awarded Brahmasri K.V. Seshathrigal with the title Darsana Jyothisha Parangata. Sukar Markandeya Trust awarded him with the Dhanvanthari award for Ayurveda in the year 1993. The title of Bharat Bishag Ratna was awarded to him by The Academy of Ayurveda in 1995. Same year, The Raman & Rajeswari Research Foundation awarded him with the Viswakarma Award, at the first All India Symposium on Vastu.

Dr.Shastrigal has done a critical study of and additions to Maha Nataka Sukthi Sudhanithi by Immadi Deveraya. The Madras University Syndicate deemed this work as useful for further research. He has also done a critical study and has edited the Chitra Mimamsa Vakya Sudha by Dharananda. He has assisted in the editorial works of Swalpa Matsya Purana, Purana bulletin early volumes 1-4, Ashtanga Hrudaya Nighandu, Malayamarutha, Samskrita Ravindram, a special volume of Samskrita Prathibha, which is a Sanskrit quarterly.

Dr. Shastrigal has held many illustrious posts like the Examiner, Sahithya and Vyakarana Board (1974-1978), Chairman, Sahithya and Vyakarana Board (1983) and the Member, Board of Studies in Sanskrit Academic Council, Senate and Syndicate, University Of Madras. He was also the President of Veda Samrakshananysa, Madras, Vice President of Institute of Astrological Studies, Madras and Member of the General Body and Governing Council of the Rashtriya Sanskrit Samsthan, Ministry Of Education, HRD, New Delhi.

At present, he contributes Vedic and astrological articles in leading Tamil magazines, including Shakthi Vikatan and lectures on insights from Vedas, Vedantas and Puranas on the Channel Shankara TV, and also guides PhD students in in their research in Sanskrit and Astrology. 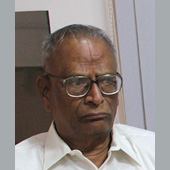 Retired professor of English and former Principal-in-charge of the evening college at Guru Nanak College affiliated to the Madras University, he holds a doctoral degree in English for the thesis on “john Ruskin’s social philosophy”. He is a Master’s degree holder in English, and a degree holder in Economics and English. He holds diplomas in Journalism, Geography and Anthropology. He has passed Praveen and Visharad diplomas of the Indian council of Astrological sciences (ICAS). He is a silver medal awardee in Jaimini predictive Astrology in the examinations conducted by ICAS. He has taken a few classes in astrology for beginners at the Madras Chapter at the aegis of ICAS.

Dr. Raghavan is currently engaged in astrological research and in writing textbooks for various standards. Astrology and Teaching are his passions. Occasionally, he gives consultation, but spends most of his time on research in the subject. He contributes to Star Teller, an astrological Monthly magazine. In 2009, he attended an astrological conference at Kolkata and presented a paper on “The seven types of Conscience and the Planets”, which was later published in the Star Teller.

Dr. Raghavan started his teaching career in a higher elementary school. Then moved to a reputed city school and served there for over a decade. After qualifying himself to the Masters degree in English, he joined the college service. At the initial stages, he was helping his father in the administration of a higher elementary school in Chennai. As a teacher, he started writing text books on geography for matriculation schools. He continues to be a text book writer.

He has interest in varied subjects like English, Tamil, Geography, Philosophy, Astrology, History and the like. A vivid thinker, he has authored many books right from the primary schools to the matriculation school levels.

He served as a visiting faculty for Geography at the Institute of Bankers, communication skills trainer for financial institutions and Astrology at the Madras center of ICAS. During 1996 to 1997 and 1998 to1999, he was based at Holland as an astrological consultant at the Maharishi Vedic University at Vlodrop, The Netherlands. 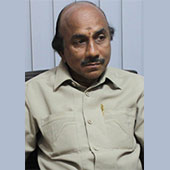 Dr. Thiagarajan was the professor and Head of the Postgraduate and Research Dept of Sanskrit at Presidency College, the 160-year-old educational institution located at Chennai. His area of specialization is Sahitya, BhashaSastra (Comparative Philology), Jyotisha, Nyaya, Vyakarana and Vedic studies. He had been teaching Sanskrit and allied cultural subjects there for more than 30 yrs. He is the nephew of T. Janakiraman, the famous writer and Sahitya Academy award winner. Dr. Thiagarajan has so far guided 80 students to their MPhil degrees, 20 to their PhDs, and 8 more are currently doing their PhDs under him. Additionally, Dr. Thiagarajan has been associated with many universities in different capacities. He has been doing his utmost to popularize Sanskrit and has brought out 160 C.Ds and 5 D.V.Ds in the language. He is also noted for his online teaching of Sanskrit.

Dr. Thiagarajan has authored many books in Tamil, Sanskrit and English to his credit; Saradamba Caritham and Shiva Bhujanga Vidyamanasya Padasya Vyakhyaa in Sanskrit, Hindu Samskaras in English and four more in Tamil. He has also authored textbooks for primary and secondary school and college courses.

Apart from this, he has delivered more than 900 lectures, presented more than 108 Ratnadipika Sanskrit programs in Doordarshan, and written numerous articles in English in the reputed journals like B.R. International, Honkong, StarTeller etc . He also has to his credit 31 Paper presentations in 4 International conferences and 27 National level seminars in varied topics. His research article Music and Sanskrit can be read online. Dr. Thiagarajan has also reviewed books in the national newspaper The Hindu and has been involved in authoring translations and forewords for various works.

Dr. Thiagarajan has been awarded the titles Ilakkiya Mamani (Great gem of literary authors), Samskrita Ratna (Gem of Sanskrit) and Samskrita Rakshamani by reputed organizations in Chennai and the Educational Enthusiast Award for Virtual Teaching, USA.

Dr. Thiagarajan has been the member of many socio-cultural societies like President of Fellowship of Sanskrit Culture, Sanskrit Teachers Association, Chennai, Shukla Yajurveda Sabha and Sanskrit Pandits Association. He has also been a member of academic bodies like Kuppuswamy Research Institute, the Editorial committee Saraswati Mahal Library, Tanjore, Adyar Library and Research Center, etc. And, he has extended his services to many service organizations.

Other Contributions and Felicitations

Dr. Thiagarajan has contributed to films as well. He has written the Sanskrit lyrics for movies like Heyram, etc. The American Biological Institute has recognized him as the Man of the Year in 1999 and 2000, two consecutive years for his peerless service to humanity.

Mr.R.Venugopal, Superintendent Police (Rtd) has been associated with AstroVed and its group Organisations in Chennai in the capacity of The Advisor on Legal and Security for last 10 Years; Board of Advisors, Internal Research, Nadi Accreditation Board –both Quality Assurance and Authorisation of Nadi Readings and Remedies.

He is an alumni of Madras University in Commerce and Law and served in Tamil Nadu Police for 35 years at various levels covering Law and Order, State and National Intelligence (SBCID- Special Branch Criminal Investigation Department, NIB- National Intelligence Bureau and CBCID- Central Branch of Criminal Investigation Department) and retired as Superintendent of Police having Tamil Nadu State wide jurisdiction in 1996.

His illustrious career has included serving in the capacity of Legal and Security Advisor for Hindustan Motors Ltd and Lucas TVS Ltd, Chennai for more than 16 Years.

We invite collaboration with all organizations who wish to further the advancement of technologies stemming from the ancient cultures and spiritual traditions.

Our premier CRO Research Partner is East West Research Institute (http://www.eastwestimc.com), who aims at building International collaborations bridging the Ancient and Modern sciences, to release innovation in fields of biotech and neurotech research.

The Pillai Foundation is a private foundation of Dr. Pillai aimed to fund public research and innovation within the USA.

We welcome all individuals to become a part of pioneering a new evidence based revolution of ancient and divine technologies. Become an R&D Participant and be a part of the largest, international collaboration on astrology in the world. As a participant you will receive thank you discounts and credits on our world class Astroved's services and be the first to pilot and receive applications developed from our research.

To participate in our Big Data Astrology Research program, register on: https://research.astroved.com/Account/Login

If you are in Chennai, India and wish to participate in our Remedial Fire Lab or Sound studies, please email us at: research@astroved.com We have 50 openings for our studies beginning 15 December 2018 - 06 June 2019.

Astroved Research and Development Institute is a private research venture. We ask all donations to contribute to furthering Vedic Astrology and Rituals investigations be given to www.tripurafoundation.org or www.thepillaifoundation.org.